Only a few years ago search engine optimization tactics to elevate websites higher on search engine ranking results and attract Internet users to specific sites was based around some extremely dubious practices. These so called SEO ‘black hat’ tactics included articles that were spun, (that is the same article changed slightly and issued in many different versions, on many sites. Keyword filled articles and other tactics such as keywords that were in actual fact hidden in backgrounds. Other underhand tactics were widely employed.

The common thread was that this content did not add value to the Internet experience of those who were searching for content that added value to their professional and personal lives.

Google, as custodians of the most powerful and popular search engine took note of this and has released continuously updated versions of their algorithms (think of them as tiny robots that scour the Internet looking at content)that now punish these practices. The latest of these algorithms, called Panda (and the associated update, Penguin)have changed the playing field. 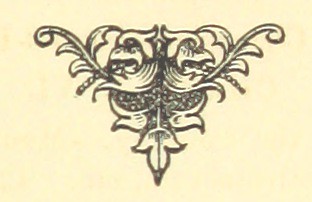 ontent. Creating engaging content on social media sites is part and parcel of what is today known as ‘content marketing.

This content can consist of video and images (in fact there are entire studies around what sort of content is best – a combination of types seems to be best) as well as copy.

Social media marketing can be tremendously powerful. Sites like Twitter and Facebook have the ability to increase the reach of the organisation’s sales efforts, as well as the brand itself through the sharing of key messages and the promoting of the brand. A single Tweet can potentially reach thousands though retweets and the reach of extended networks. Many of the other social networks operate in the same way through likes and +1’s, in effect the impact is the same.

The advantages of using the social media are relative cost effectiveness over traditional marketing platforms. However care now needs to be taken to ensure that marketing efforts create value, rather than concentrate on keyword promotion.

Without paying attention to the creation of rich content which is now required by Google the company runs the risk of not taking advantage of the power of the social media.

If the organisation insists on maintaining a reliance on SEO (articles should now contain around 3 – 4% SEO keywords) they run a very real risk of being delisted (or banned) from the search engine ranking. That would spell doom for those companies that are relying heavily on the power and reach of the Internet in order to feed sales funnels.

Google Announces The Birth of Panda 4.0 Pandas are notoriously bad at reproduction, so you can be sure it’s big news when, like with Google’s Panda yesterday, a new sprog is sprouted. Sure, the Panda in question is not so much a cuddly new family member as it is Google’s latest major search algorithm update, but it’s unexpected news nevertheless.

Google Panda 4.0 Now Rolling Out; A New Panda Algorithm Last night was pretty wild, with Google confirming an update over the weekend targeting spammy queries and also Google’s Matt Cutts posting on Twitter that Panda 4.0 was released.
This is a new Panda algorithm, not a refresh that we’ve seen almost monthly but enough for Google to name this 4.0, which means a new algorithm update to it.

Getting Cozy on the SEO Panda Veranda Just when you thought the little guy was happy and content up in his tree chewing on some bamboo, Matt Cutts Tweeted and confirmed that the new Panda 4.0 latest algorithm update was in full effect. But will this Panda be a cuddly, gentle little friend to SEO, or will the claws come out in search of fresh meat? If you are an SEO consultant you will…

How to Survive Google’s Pending Panda Update It appears the Google search spam team has a busy year planned. Matt Cutts recently attended SMX west and gave details on what updates they have planned for 2013. And guess what? There will be an update of both Google Panda and Penguin this year.
Surprised? Probably not. Google’s updating their algorithm all the time — some updates bigger than…

Panda Pummels Press Release Websites: The Road to Recovery Posted by russvirante
This post was originally in YouMoz , and was promoted to the main blog because it provides great value and interest to our community. The author’s views are entirely his or her own and may not reflect the views of Moz, Inc.
Many of us in the search industry were caught off guard by the release of Panda 4.0.

Don’t Make These Mistakes With Your Social Media Marketing

Do you use social media to promote your brand? You should think about launching a social media marketing campaign to make your brand more accessible. If you need help with this new campaign, you should review the following article. Learn more about your audience and their relation to social media. Some target groups are not [&hellip;]

The Importance Of Social Media Marketing

No matter which way you look, there is someone taking advantage of social media marketing. It started with Myspace in the 90’s, and eventually it evolved into Facebook, the social network that would go on to define the world. There have been a few intermediate social networks, such as MyYearbook.com, though these never actually made [&hellip;]

Facebook is by far the most popular social media site out there. A movie has even been made about the founder. That is why it is a perfect place for you to market your business and interact with your customers. However, it can be a challenge to interest people when your page first goes live. [&hellip;]

The Necessity Of Social Media Marketing

Get Your Home Business Up And Running With This Advice